This year, Americans will file an estimated 140 million federal tax returns.  Dreading the process, many of us wait until the very last day – April 15th – to file.  But could there be cause to celebrate on tax day?

In fact, there is.  That’s because with each passing due date the window of opportunity closes for the IRS to assess new taxes against you from years you’ve probably long since forgotten.

Here’s how it works.  If the IRS looks at your tax return and decides you owe more taxes than you reported owing, they’ll come after you to collect the unpaid tax.  To do this, the IRS mails you a “Notice of Deficiency” – also called a “90-day letter” – which tells you how much the IRS plans to assess against you.  Until the IRS sends this letter, it can’t assess the additional tax, nor can it take any steps to collect the tax it claims you owe.

But here’s the important point.  Generally, to assess a tax against you for any given tax year, the IRS must mail its 90-day letter within three years of either the date that you filed the return for that year or the return’s due date, whichever is later.

Since your 2009 tax return was due in April of 2010, this year’s tax due date probably means an end to the IRS’ ability to assess new taxes against you for the year 2009.  This is true even if you later amended your original 2009 return.

Thus, with each passing April you can smile, armed with the knowledge that the mathematical or other innocent error you made three years ago is now all in the past.

There are, of course, a few exceptions.   If, in your return, you omit more than 25% of your gross income, the IRS has six years to assess the tax instead of three.  In addition, if the IRS can prove that you filed a false or fraudulent return with the intent of evading taxes, or if you fail to file any return at all, then there’s no limit on when they can assess the tax.

Finally, the three year deadline only applies if you and the IRS reach different conclusions on the amount owed.  If you reported the correct amount on your return but simply didn’t pay up, the IRS can move forward with collection efforts without issuing a 90-day letter.  Generally, they’ll have ten years to collect what you owe.

So, there is cause to celebrate this April 15th after all.  But get your 2012 return filed first. 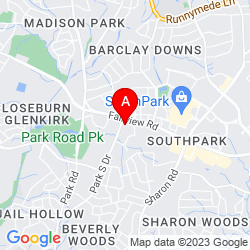 Companies that produce, distribute, or sell goods or services have unique needs that only a lawyer with experience representing such market participants can provide. The law that governs the supply, distribution, and sale of goods and services, … END_OF_DOCUMENT_TOKEN_TO_BE_REPLACED

Jerry Meek has more than 21 years of experience in the law. He has represented clients in 18 states, providing outstanding service and excellent results in substantial and complex legal matters.  Jerry is licensed to practice law in North … END_OF_DOCUMENT_TOKEN_TO_BE_REPLACED